Vice rolled out several of their own big guns, with introductions from Q, the world’s first genderless voice and filmmaker, comedian and Vice contributor Oobah Butler. Jasper and Errol (formerly of Odd Future) were on hand to introduce their own show. Performance on the night included Danny Brown and GOOD Music’s Teyana Taylor. Special mention also goes to Andy King of Fire Festival fame, or infamy.

2. The announcements that caught your eye:

• Dom Delport (Global CRO) was on hand to announce that Vice.com would be moving away from partnering with third party sites to aggregate traffic. Though they are expecting a dip in ComScore numbers on May 15th Delport believed the industry in general needed more transparency, a statement met with applause from the room

• Vice.com are also looking to clean up their offering. Acknowledging the fact that they brought us ‘Weed Week’, Vice.com have partner with Oracle’s Grapeshot to pre-scrub all content before it will be made available to advertisers. The important piece here is the content itself won’t be ‘cleaned up’ per se, they still intend to maintain the same editorial voice. The difference is not all content will be used for advertising purposes

• Sarah Harrison (SVP of Creative Studio) and Cavel Khan (SVP of Client Partnerships) also introduced a new keyword list, no longer excluding words that they feel pose a bias. Their rallying call to the industry was to join them. Words included pregnant, bisexual and Jewish (there were 25 in total).

• Vice articulates the feeling of a generation in a voice they can understand and connect with. To quote Trey Smith “Young people like Vice because young people make Vice”. Vice certainly has an engaged and youthful audience. However, with editorial on how to make bongs from everyday items from a marketer’s point of view there is certainly a brand safety question that needed answering. The announcement at the new fronts certainly go some way to stave off concern and as we see it rolled out across Vice it will be interesting to see if other sites take such a stance.

• Whoever said content is king obviously now works at Vice. Vice will continue to roll out content from their various arms, Vice news, Viceland and Vice.com with it all will to be housed on Vice.com. Vice certainly produce quality engaging content that speaks to millennials, and they are now looking to target Gen-Z with shows like The Contenders (a look at the Democratic candidates for 2020) and a revamped Vice Guide to Everything. There is certainly potential there to give marketers a platform to engage with those hard to reach younger audiences with massive US and Global scale.

4. Challenges for the publisher:

• We keep coming back to it, and they alluded to it themselves, but brand safety given the nature of Vice.com is a glaring issue. It remains to be seen if the Grapeshot solution delivers on its promise.

5. What was different about this NewFront from the types of deals we do every day for clients?

• Vice.com are positioning themselves as an entertainment distribution platform, with enough original content to back that up. They readily admitted they weren’t for the older audience and are now playing in an audience space that is interesting to marketers and brands alike. What sets them apart is their age, Vice have been in existence since 1994 and their editorial voice hasn’t changed a lot since. They also recently hired A&E’s Nancy Dubuc, dubbed ‘the hottest hand in Cable Television’ by Bloomberg and who is responsible for bringing shows like Duck Dynasty to our screens. Unlike other NewFronts, Vice admitted their weaknesses, but certainly know their strengths and intend to work heavily on them coming into the new year. In terms of our daily deals, Vice have asked for industry wide help to make them better, a stance which should be embraced from an agency POV.

6. Anything else we should know?

• Vice.com partnered with Cadillac to create Hustle and with Adidas to create Trailblazers, both widely distributed online and across OTT. These partnerships leaned heavily on the Vice suite of creative knowledge, which also includes the commercial creative studio Virtue. There is ample opportunity within Vice to create unique, bespoke stories told in the Vice style that can speak to  a younger audience.

In a week filled with lots of content, sales pitches, and very little sleep, Mindshare is brought you a debrief on some of the biggest NewFront events with the implications for marketers, the challenges for publishers, and more. Check out the other recaps from the past week here. 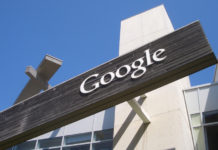 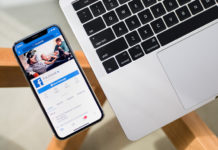 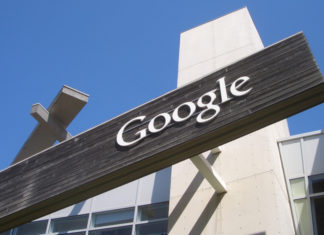 mindsharena – May 10, 2019
Excerpt: "What’s interesting is this seems like a first step, not just on Google’s part but as an industry as a whole, where they are…